This tutorial shows how to calibrate the rc_visard to the robot, in order to determine the it’s position relative to the robot base frame, using roboception’s URCap. The hand eye calibration procedure is described in detail in rc-visard Hand Eye Calibration documentation.

The calibration has to be performed every time the rc_visard is moved relative to the robot base.

This tutorials assumes that the tutorials Getting started and Tuning of image parameters have been completed.

The calibration grid for Universal Robots is delivered with 4 holes in the lower-lefthand corner and can be mounted directly to the flange of the robot with four M6 screws. The mounting point is not located in the center of the grid in order to reduce the chance of collisions with joint five during calibration movements. The grid should be mounted firmly with the positioning hole pointing towards the middle of the calibration grid in direction of the shorter side. 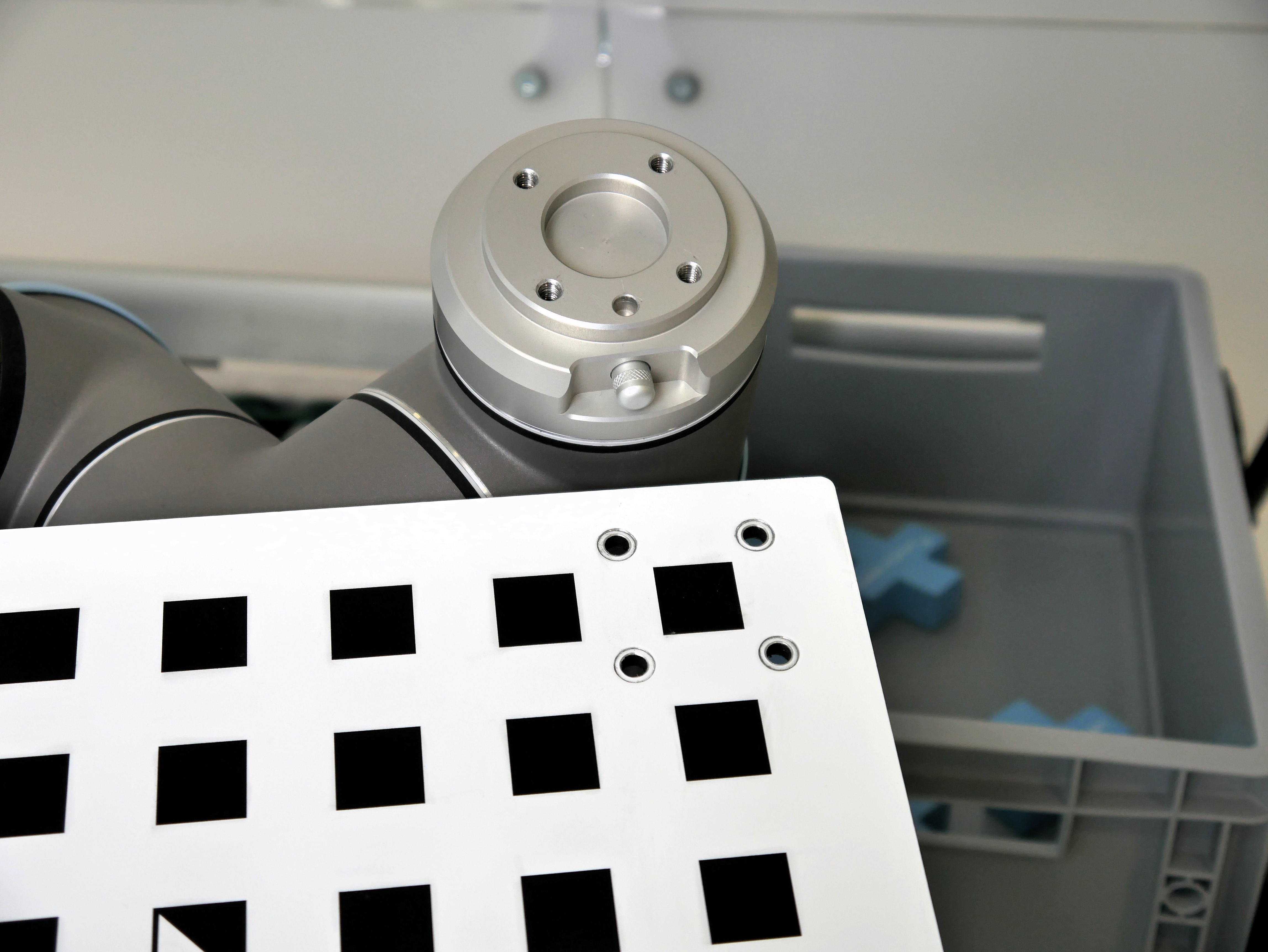 Fig. 58 Flange positioning hole pointing towards the middle of the calibration grid of the shorter side.. 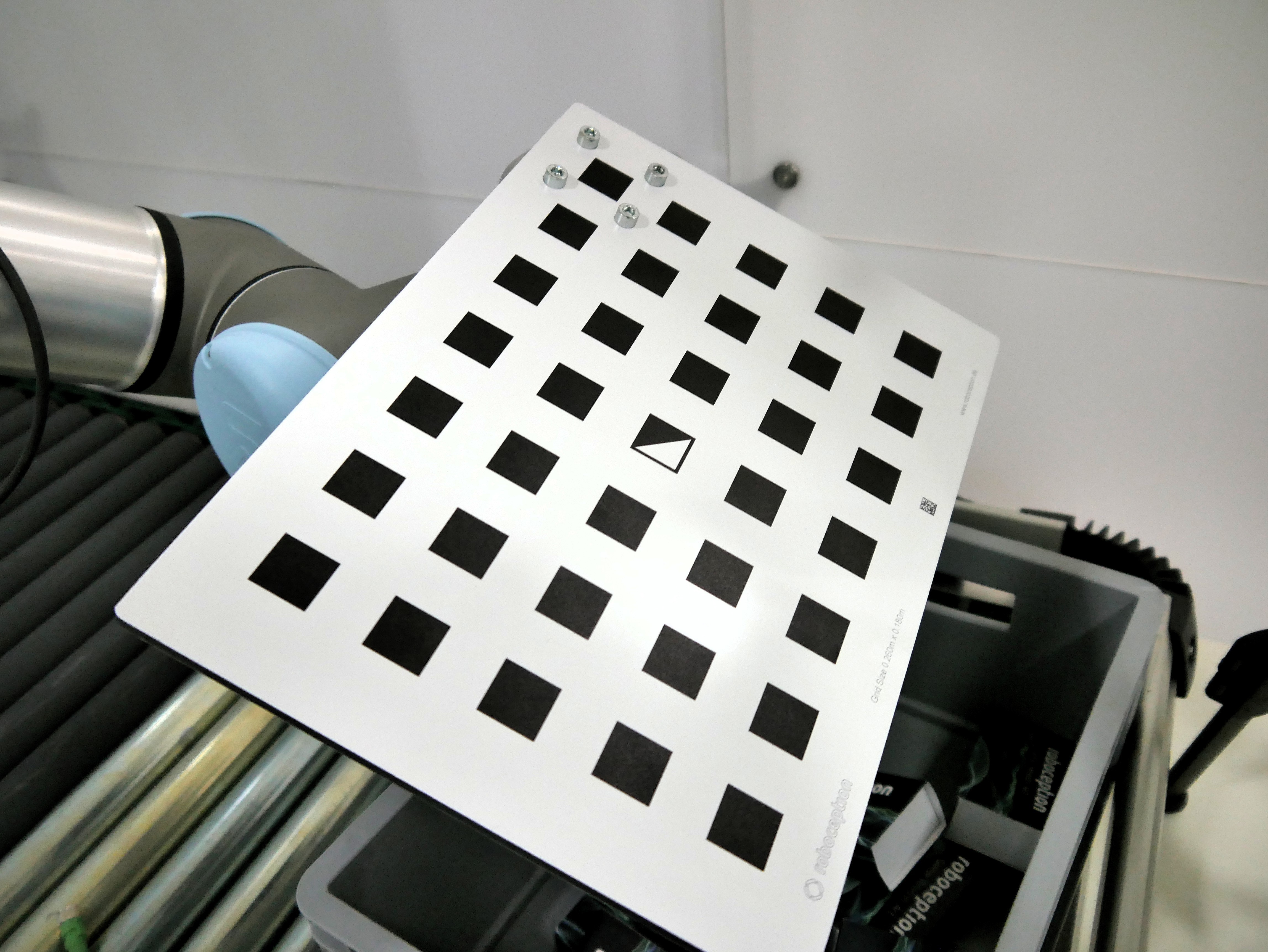 Sensor mounted on the robot - mounting the sensor¶

The rc_visard hand-eye calibration procedure is implemented as a program node. During the procedure the robot will move linear in tool-space with tool speed 0.5 m/s and tool acceleration 0.5 m/s2 between poses taught by the user. The poses will automatically be sent to the rc_visard, and the calculated camera pose in the robot base frame will be shown in the ‘Calibration result’ node.

In order to start a new calibration procedure: 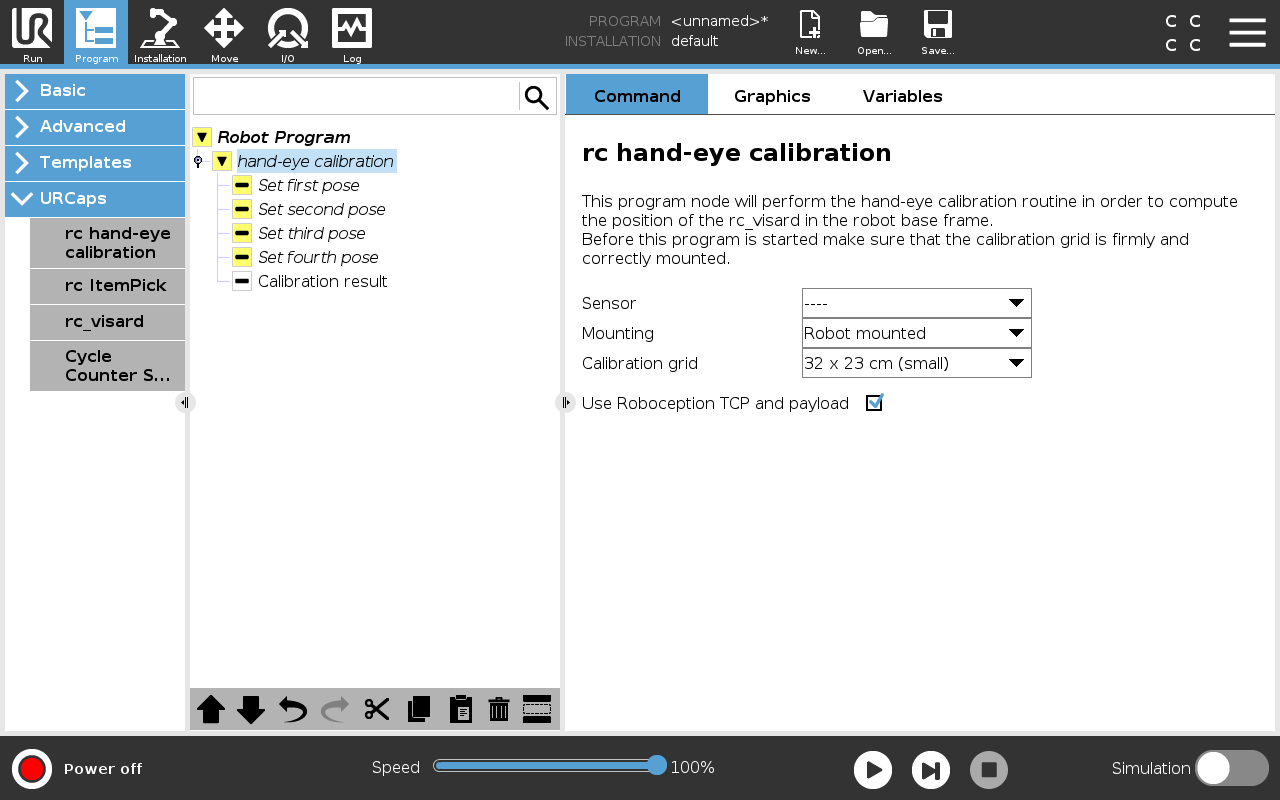 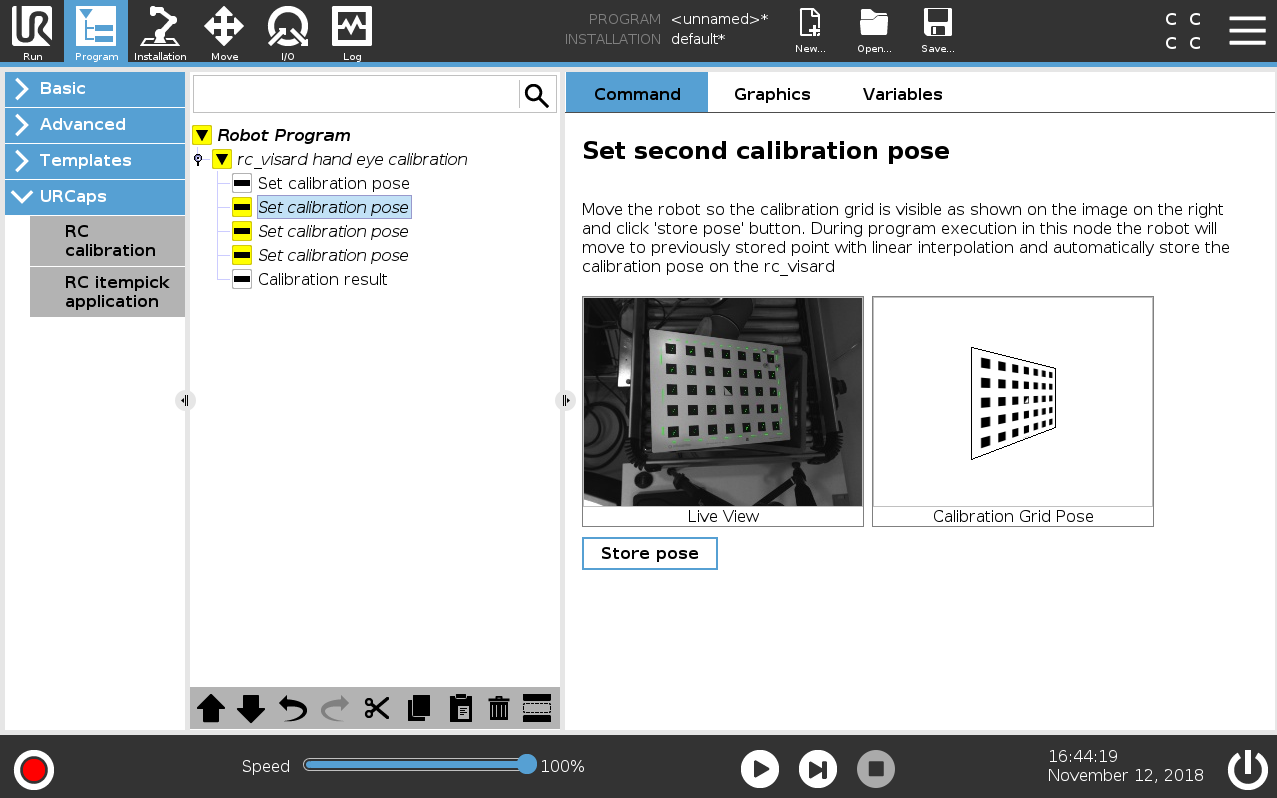 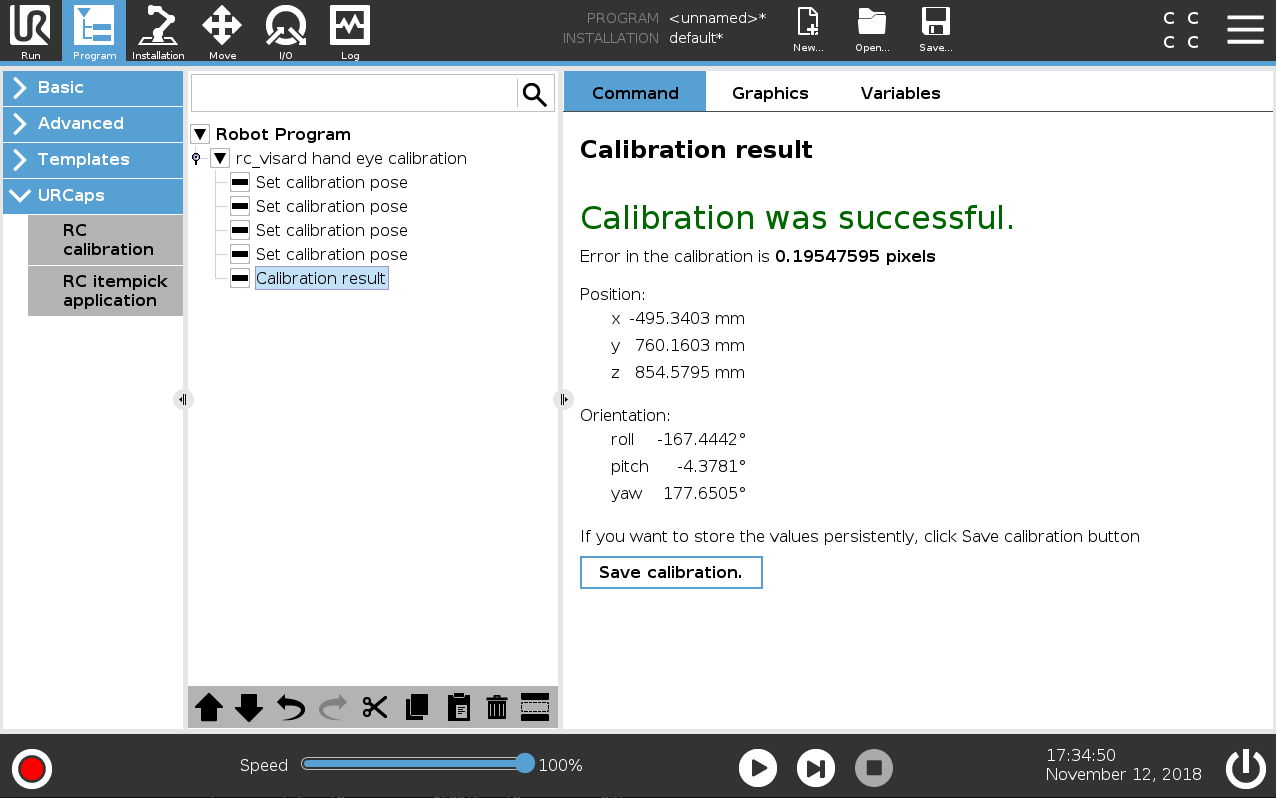