The SilhouetteMatch module requires special object templates for each type of object to be detected. Roboception offers a template generation service on their website, where the user can request these object templates.

This tutorial shows how to gather the data required to request and generate a new object template.

Object templates for simple shapes such as rectangles, circles and hexagons, can be directly generated by the user using the scripts and instructions provided on Roboception’s GitHub page.

Sending the CAD model of the part is the easiest and most straightforward way of providing the object model. The model does not have to include any information about inner parts, texture or material. A 2D model of the object could also be used, as long as all edges that should be used for matching are visible.

The origin of the generated template is based on the reference frame of the model.

If the CAD model of the object is not available or it cannot be sent, it is also possible to generate a template based on data captured with an rc_visard. 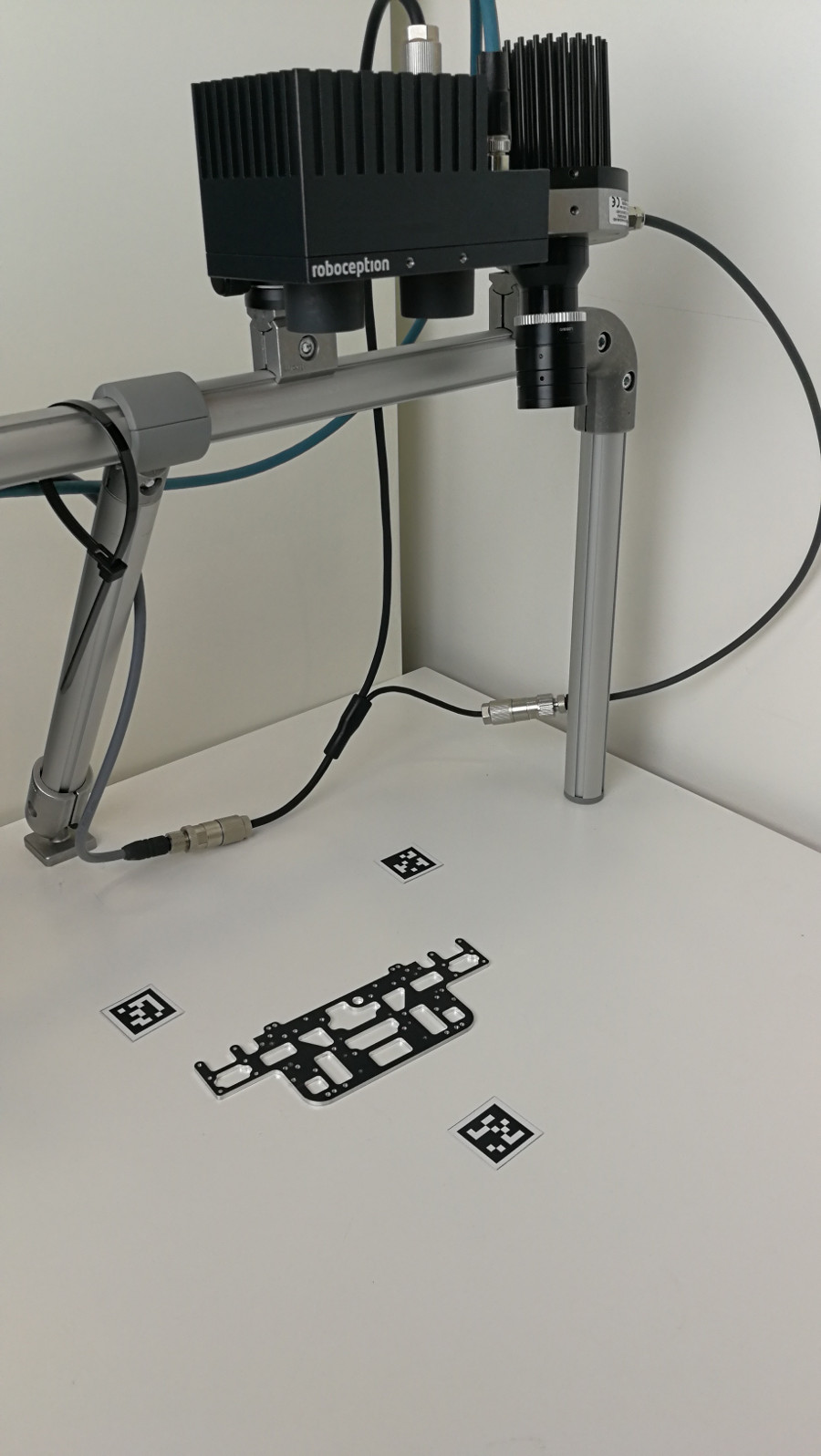 The procedure for recording the required data consists of the following steps:

All the data necessary for the template generation can be downloaded through the Web GUI in the Camera page by clicking on the camera button below the images.

The object height is the distance from the bottom of the object to the plane on which most of the edges that can be used for matching are lying. This is not always the highest point! It is crucial to measure this value correctly. The returned pose of the detected object depends on this value.

Is the object orientation needed?¶

For some objects it is possible to create a simplified template that will be detected faster. This is possible only if the object rotation on the plane is not required for grasping and placing. Sample images of such objects can be found below.

Fig. 30 3D model of a round part and two templates generated from it. With the first template, the object will be detected with full orientation. If the second template is used, the rotation of the object on the plane will be ignored.

Fig. 31 3D model of a part with one axis of symmetry and two templates generated from it. With the first template, the object will be detected with full orientation. If the second template is used, the detected object might be flipped.

The final step is to record images of the object in the actual environment in which the object needs to be detected. Roboception will use these images to test the generated template and, if necessary, suggest changes to improve the detection performance. 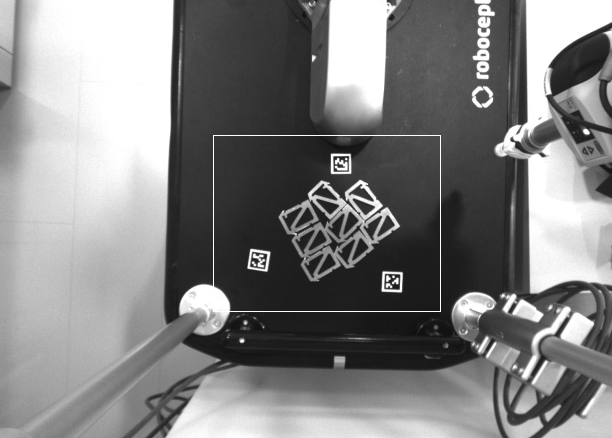 Use the Download snapshot button in the Camera page of the Web GUI.

It is possible to test the template detection only on images recorded with the rc_visard. If another camera is used, Roboception will only be able to check the scene and give some general remarks about background and illumination.

If the rc_visard can not be used to capture the data, it is also possible to use any other camera. In order to capture the most valuable data, the camera should be placed in the same position where the rc_visard will be mounted during production. The picture has to be sharp and taken without using the flash, as this alters the normal lighting conditions. If it is not possible to take a sharp picture without a flash, it is strongly recommended to add an additional external light source.