How to measure application accuracy¶

This tutorial shows how to measure application accuracy with KUKA robots, e.g. for grasping objects. The accuracy depends on the absolute accuracy of the robot (i.e. not repeatability) and the accuracy of the hand-eye calibration. Especially errors in the orientation of the sensor may have serious effects.

The hand-eye calibration has to be performed every time the sensor is moved relative to the robot base.

The KUKA KRL sample program can be downloaded here: https://github.com/roboception/eki_examples/tree/master/examples/MeasureApplicationAccuracy. The program includes the KUKA KRL src and dat file and a printable version of the Roboception ‘Robot-Test-Grid’.

The robot will trigger an AprilTag detection and move to the target on the robot test grid. In an ideal world the position of the tool tip should be exactly in the middle of the target and the orientation should be perpendicular to the AprilTags. 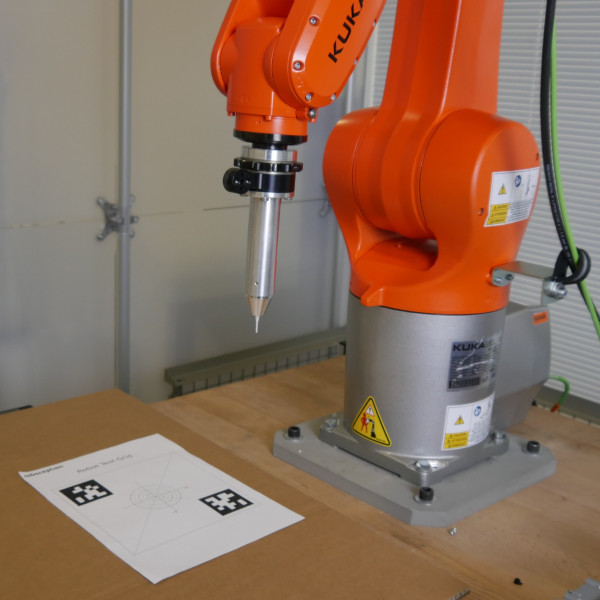 Fig. 65 Overview of the test setup 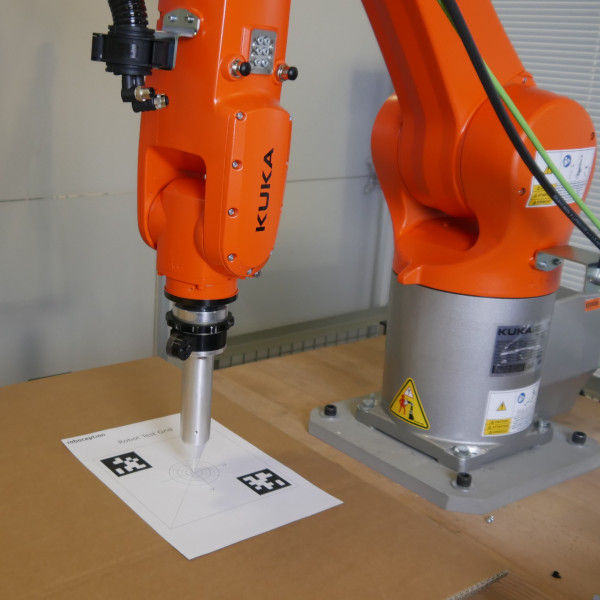 It can also help to perform several measurements in the relevant working areas (e.g. pick area, place area etc.) of your robot cell. This might help in troubleshooting to see if the deviation is the same or if it changes depending on the position of the robot test grid.

Do not drive the robot in automatic mode or with high speed! Always reduce the speed of the robot and use the manual mode.

No collision checks are active. Please make sure the robot has a collision-free path to the target position.

If the tool tip is not positioned accurately, this can have several causes, ranging from poor hand-eye calibration to an incorrectly set robot. The following points show possible causes and give hints how to solve them.

Make sure that during hand-eye calibration the inclination between the calibration poses is as large as possible.

A minimum of 4 poses is required. We recommend to specify at least 8 poses in a close and far distance to have an accurate hand-eye calibration.

The repeatability of most industrial robots is very good, usually in the sub-millimeter range. However, very few industrial robots are world calibrated. This means that the distance between two points in the robot world differs from the real distance in the world. This absolute accuracy is needed when driving to a position that is given by a vision system. If the coordinate system of the robot does not perfectly match the world, such deviations may occur. This is reflected in the hand-eye calibration error and the accuracy that is measured with the described method. For this reason, some robot manufacturers offer to calibrate the robot to the world.

If you have any questions or issues, please do not hesitate to contact support@roboception.de with a detailed error description.